The Minister of Foreign Affairs of Japan came out for strengthening the partnership with Russia on the energy project Arctic LNG-2. He declared it at the meeting of Russian-Japanese inter-governmental committee. “As for energy. For example, Arctic LNG-2 project, which involved Japanese companies is the field where the Japan’s demand and technology and Russian potential…

Russia presents a grandiose 5-year plan for the Arctic


The sum is 5.5 trillion rubles, Minister of Natural Resources Dmitry Kobylkin said in Monday’s government meeting in Sabetta. Along with Prime Minister Dmitry Medvedev and other key government ministers and business leaders, Kobylkin had made it to the remote site on the coast of the Yamal Peninsula. And that sum only covers the period…


NOVATEK and Total plan to sign an agreement on the involvement of French oil and gas company in the new project for gas extraction and liquefaction “Arctic LNG 2″, informs Yury Ushakov, Assistant to the president. During the briefing held in Moscow, president’s assistant informed about the cooperation between Moscow and Paris. He noted that… 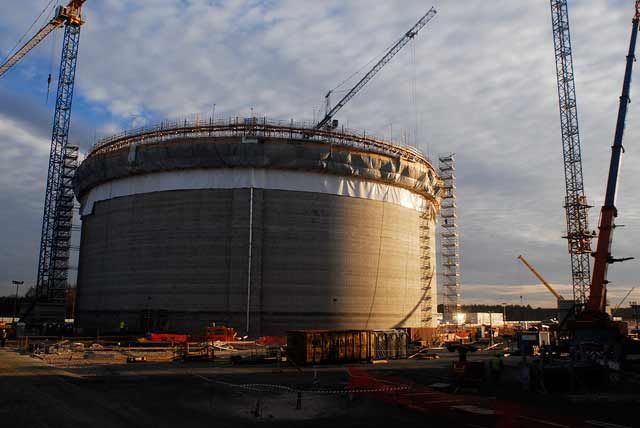 
Sanctions is not an obstacle to collaborative work on the project to produce liquefied gas “Far Eastern LNG”, valued at $15bn, informs Reuters. According to the media agency, two months ago Exxon Mobil offered Chinese CNPC to participate in the tender on the execution of assembly works at the LNG terminal. Previously Exxon Mobil had…


China has overtaken South Korea as the world’s second-largest importer of LNG, buying 38.1 million tons of the fuel in 2017, compared with 37.6 million tons for South Korea. The number-one importer of LNG is still Japan. This was a 46-percent annual increase in LNG shipments to China. The 2017 import figures from China are…


As it was assessed by Atomflot, Yamal LNG back-to-back delivery to Chinese Yantian on Suez route via Zeebrugge will take 65 days. The Northern Sea Route with transhipment in Petropavlovsk-Kamchatsky will take 43 days. That was reported by Vyacheslav Ruksha, Atomflot Head. The prime cost of LNG delivery to Japanese Kobe through Zeebrugge amounts to…


The engineering specification for the construction of the 3rd phase of Sakhalin 2 LNG facility is submitted for approval to the General Board of State Expert Review. The engineering solutions will pass inspection on compliance to the legal requirements, technical guidelines, and construction norms and regulations. The cost effectiveness analysis is to follow. It is…

Pre-FEED of Baltic LNG. Gazprom informed about cooperation with Shell on LNG project


Gazprom and Shell are working together on project pre-FEED for the construction of Baltic LNG plant. That was reported by the deputy chairman of Gazprom Alexander Medvedev on 26 September 2017. According to him, the project works are afoot. Baltic LNG is Gazprom long-term project initiated in 2005. Gazprom planned a large-scale construction of North…


Gazprom and Ghana National O&G company Ghana National Petroleum Corp (GNPC) have concluded a contract on the delivery of liquefied natural gas (LNG), informs Prime Agency with the reference to Ghana president’s speech, Mr. Akkufo-Addo. On Friday, after the contract was signed, Gnana president had a meeting with the delegation of the Russian company. According…


Russian Energy Minister says, that plant capacity will amount to 16.5m tonnes. Yamal LNG first train will be put into operation in November 2017, states Alexander Novak, Minister of Energy. “This year we are launching a new plant, built by Novatek. It is a landmark and large-scale project. We launch the first train in November….

Russian companies are engaged in the construction of LNG fleet


Russian state company Rosmorport plans to build the first in Russia specialized tanker for LNG bunkering. That was reported by Vladimir Shtrambrand, development director, during the conference held in Saint Petersburg. According to him, the vessel can carry 3-5k cubic meters of LNG. The gas will be used for vessels, powered by liquefied natural gas….


This year, Yamal LNG, a new plant for LNG production, will be commissioned in Russia. This will ensure a 10% share of this country on the world gas market. The prepared infrastructure and its distribution system are the guarantee for excellent future, because Yamal peninsula accounts for several new gas-processing plants. Harsh north climate facilitates…